Back to News
Updates
28th September 2015

We are delighted to update you on Compleo Sport, one of our SEIS Investee companies who we invested in last year.

They have just partnered with the latest addition to the Vitality Run Series, The WestRun London, who have chosen InYourStride to support their runners to get to the start line in Nov 2015. Thousands of participants will have access to their Adaptive Coaching Platform, along with some great training tips from their coaching team.

Since they launched their iOS Beta in the summer, they’ve generated a lot of interest from key organisations in the running sector. Their 30 partners to date include Vitality Oxford Half Marathon, Sweatshop/Ikano Robin Hood Marathon, Bristol+Bath Marathon and run brands including Mizuno and Newton running.

They are expecting more partner deals to be concluded over the coming weeks, giving them a firm launch for their V2 platform in January 2016. To achieve this they have launched an EIS investment round on Crowdcube, for further details on this: https://www.crowdcube.com/inyourstride 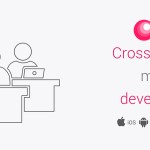 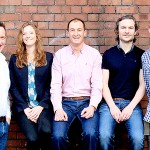