Back to News
Investments
27th October 2015

We are excited to announce the investment by the Jenson SEIS and EIS Fund 3 into LiveTree Limited.

LiveTree is an online marketplace for retailers (initial target markets: music, fashion, and charities) and content authors (bloggers, musicians, content suppliers) who would like to increase their customer base, monetise their content and sell more products online. LiveTree is a powerful word-of-mouth recommendation marketplace that enables a revolutionary transformation in the way we fundamentally buy, sell, and advertise online.

LiveTree empowers consumers by paying them for sharing, or in LiveTree terms “branching”, links to their favourite content and products. Whether that content is published on Soundcloud, Shopify, Etsy, YouTube or anywhere on the web when the link is shared, via LiveTree, it is published automatically on their Facebook and Twitter accounts. If the link is clicked and results in a transaction (whether that be Fixed Price or in the form of a Donation, Kickstarter amount) they receive payment. The financial economics of LiveTree transactions are completely controlled by the seller. Affiliate commissions are either a percentage of the sale or a designated fixed amount.

Ashley Turing is CEO. Ashley, born in London, has over twenty years’ experience in technology innovation. After studying computer science in Seattle, he started his career with a team from MIT who developed a network printer before the advent of computer networks. After a brief time at Microsoft, he went on to work with the founder and inventor of Winamp/MacAmp. Upon his return to Europe, Ashley became CTO of a successful online lottery gaming company, before returning to the UK to consult to all Tier 1 investment banks in the areas of big data and artificial intelligence for trade surveillance.

Ashley Turing commented: “LiveTree is an opportunity to fundamentally redefine how we interact and monetise information online. Empowering users to realise the value of their online presence, we offer a shift toward the egalitarian principals that founded the Internet.” 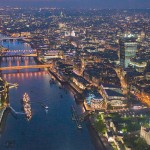 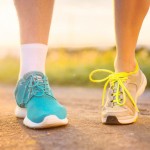 Compleo Sport 100% funded & what the industry is saying about InYourStrideUpdates