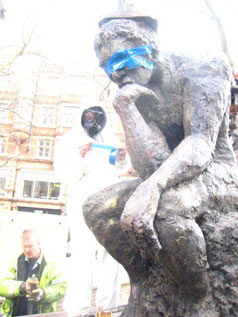 We are delighted to announce that THE BANKSY JOB, produced by Jenson Seed EIS Fund 2 investee company Daylight Robbery Limited, has been selected for the Tribeca Film Festival and will premiere in New York on Sunday 17 April.

THE BANKSY JOB is a UK production, part heist movie, part documentary, the film relays the story of a Banksy statue called The Drinker which was removed in broad daylight from central London by AK47, the charismatic leader of an underground global network of arto-politkal terrorists calling themselves ART KIEDA. A reporter from a national newspaper receives a ransom note, and the most famous street artist in the world is left very unhappy indeed. The Film is the story of what happened next.

Produced by Christine Alderson and Alex Hurle of Ipso Facto Productions it is a debut feature for directors Ian Roderick Gray and Dylan Harvey. Christine Alderson commented: “We are really excited about the attention the film is receiving and delighted to have been selected for Tribeca. This will enable us to exhibit the film to a truly global audience.”

“The team have done a great job on the film and it has been really encouraging to see such positive reactions to the test screenings.” commented David Adair, executive producer and representative of the Jenson Fund.

Here is more information on the Tribeca Film Festival.

Jenson SEIS and EIS Fund 3b is fully deployedUpdates 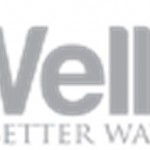