HMRC have released the official statistics for EIS and SEIS investment for the tax year 2013/14. £164 million of funds were raised and invested in approximately 2,000 companies giving an average investment of £82k per company, this is almost double the amount raised and invested via SEIS in the previous year 2012/13, the first year of the SEIS initiative. Jenson Funding Partners raised 3% of the amount in 2013/14, with an average investment of £143k per company. 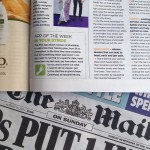