Back to News
Investments
24th March 2017

We are excited to announce the investment by the Jenson SEIS and EIS Fund 4 into Hothouse Partworks Limited.

Digital partworks is a completely new format and disruption of a popular and successful consumer publishing tradition, aimed at today’s enthusiasts and hobbyists at all levels of ability. Each product is dedicated to a particular subject and is a uniquely personal, progressive-learning pathway that builds together in step-by-step, bite-sized, affordable chunks.

This step-by-step, carefully-managed progression is a major feature of the product’s appeal to customers as evidenced in market research carried out by Atticus Research agency.

Digital partworks are presented as a continuity series of regular Parts, published every fortnight on a dedicated website, purchase-able online as a subscription or on a continuous-call, Part-by-Part basis. The launch of each product is advertised both digitally and via targeted TV programming. Part 1 is free.

iWrite is the first online-only partwork: it represents the evolution of the partwork consumer publishing tradition on to digital platforms. iWrite will be presented as a continuity series, with the content of each new instalment being uploaded to the site on a fortnightly or monthly basis. The product will be rolled out in a series of phases, each supported by a mix of digital and/or traditional media, planned on a targeted cost-per-acquisition basis.

Director, Richard Maskell, was marketing director at partwork publisher Marshall Cavendish from 1985-1988, before leaving to set up Fabbri Publishing which became partwork market leader in the UK by 1991. In the mid-90s he became MD of Panini UK and, on acquisition, merged this with Marvel Comics. Subsequently he ran Marvel Comics UK and Marvel International Distribution before going on to set up the UK partwork operation for Hachette.

Director, Reg Wright went from editor to executive editor at Marshall Cavendish Partworks from 1979-1987, then as MD of its book company until 1989, Reg went on to be new product manager at direct marketing company IMP before going to London Business School. After LBS, Reg set up and founded Planet Three in 1995, first as a packaging company then from 2000 as a partwork publisher and developer.

Richard commented: “This investment will enable us to move swiftly forward with testing and roll-out of the product. We’re delighted to get this funding and the business-planning support that comes with it.” 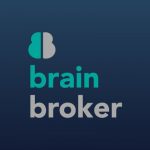