HMRC have released official figures in their report EIS & SEIS April 2016 Statistics on Companies Raising Funds showing continued growth of EIS & SEIS Investment and highlights the increasing demand from companies looking for this type of investment. The following statistics included in the report outline the trends for investment in recent years:

“In 2014-15, figures show that 2,185 companies received investment through the Seed Enterprise Investment Scheme (SEIS) and £168 million of funds were raised. Of these companies, 1,715 were raising funds under SEIS for the first time, raising a total of £146 million in investment. The average investment per company under SEIS in 2014-15 was almost £77,000, down from around £81,000 per company in 2013-14. Since SEIS was launched in 2012-13, 4,660 individual companies have received investment through the scheme and £424 million in investment has been raised.”

The Jenson SEIS and EIS Fund 3 is open for further investment and has some exciting companies lined up.

It will be interesting to see how this progresses and we look forward to reviewing the stats in October 16. 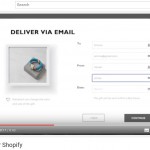 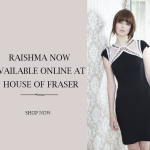